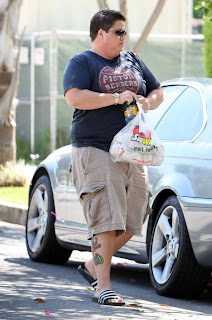 Bono told me first...
So says Fiona Walsh, mayoral candidate and veggie burger eater about Bono's rumored gender switch.
"It's true. We were hanging out in our favorite Irish hostelry - I can't tell you which one but its my local (wink!) and he did mention alright that he wasn't 100% happy being a man and that he thought the old op might help him feel better about himself. I'm open-minded so I said 'off ya go, knock yerself out but don't come mithering to me about PMS me laddie!'. He laughed. We both did. It was one of those 'you had to be there moments'.
Later it was in fact reported that Chastity Bono is having transgender surgery and not Bono the rock star. Walsh only added, "I'm only tellin ya what he told me". Vote for me in November for the love o'God!"