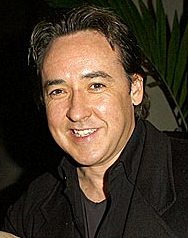 Another startling revelation!!
Fiona Walsh, guberatorial candidate and compulsive flosser, said that she knows who can play Kevin Spaceys younger brother in a movie. "Take a look.... its John Cusack. He's the spit of him only with more hair and a Hollywood tan. I declare if he's not related, he should be! I'd love to pitch a Hollywood caper where the two of them play rapscallion brothers or long long brothers or something with brothers in it. I think it would be a delight. It's not as good as the Anthony Kiedis and Iggy Pop comparison but its not bad either - what do you think?"