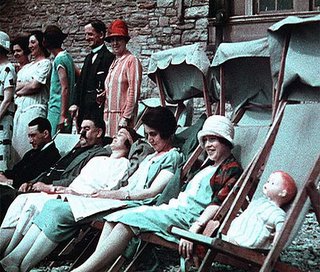 Walsh "not too upset" about global warming.
Presidential candidate and conservationist is said she's not too upset about the phenomenon of global warming. "Look, I know we've polluted the earth's environment with dangerous greenhouse chemicals and CFCs. I know that the small island nation of Kiribati which is composed of 33 small atolls is only 6.5 feet above sea level and will be completely submerged in a matter of years, much like the fabled city of Atlantis. However I say, let's look on the bright side. As the temperatures increase, we will have less need to heat our homes with oil and thus will become less dependent on fossil-based fuels. That in turn will mean we can stop poking our noses around the Middle East, leave them to their own brand of democracy and focus on picking up the litter in our own backyard. On a personal note, I am delighted that I haven't gotten a turn out of my puffy jacket yet this winter. I'm a very cold-blooded individual and relish the thought of going without my thermal vest. I'm just saying that even though Antartica is shrinking every year, it's not all bad".